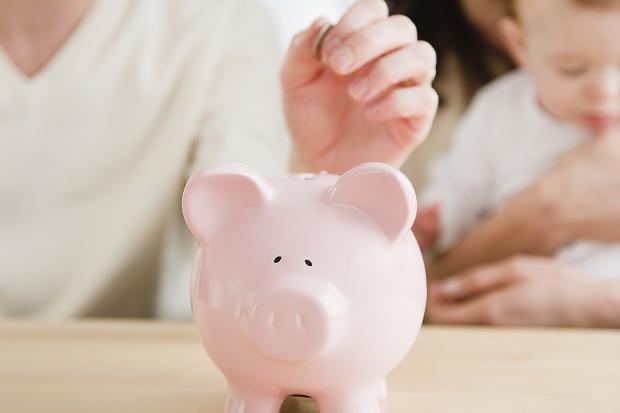 Many parents open up a Registered Education Savings Plan (RESP) soon after their child is born even though post-secondary education is years away.  People initiate the savings process early on because the expense is so significant.  As parents of a child with a disability (especially those with severe developmental disabilities) the expenses you may be facing once your child is an adult are as great if not greater.

Parents with an infant or young child who has a disability may not be sure if they will go to college or university, especially if there are many years to go before that decision is made.  Regardless of the decision, most parents want to put aside savings to help support their child with a disability once they become an adult and there are a number of savings vehicles to consider.

The following is an explanation why the RDSP might be a better choice despite the significant penalties due to premature withdrawals.  Some might find the detail confusing.  My fundamental perspective is, if you open an RDSP early enough, you have a strong opportunity to build more savings for a smaller investment than in an RESP, even after taking withdrawal penalties into account. Also, with an RDSP you will be able to use the money for purposes outside of education expenses – not so with the RESP.  Consult a financial specialist who can help you make sound choices based on your own circumstances and objectives.

For families that are making less than $24,864*, the Government will contribute $1,000 to the RDSP every year to a maximum of $20,000 over a lifetime in what they call a “Bond”.  No personal contribution is required to earn the bond; it is based purely on income.  If the family earns $24,864* or more but less than $42,707*, the Government contributes a prorated amount for the bond.

The RESP.  The contribution you can expect from the Government for RESPs is 20% of your annual contributions to a maximum of $500 or $1,000 if there is unused grant room from a previous year. In other words, you must contribute $2,500 a year to secure the full grant from the Government.  Low income families may be eligible for the RESP bonds of up to $2,000 in total.

The Government grants and bonds for the RESP clearly pale in comparison to those provided for the RDSP.    However, there is one important aspect of the RDSP you must take into account before you decide the RDSP is the “better” choice.

One very important aspect of the RDSP is the “Ten Year Rule”.  Keep in mind the RDSP was created to promote long-term savings.  The Ten Year Rule essentially discourages people from making premature withdrawals.  Currently, if a withdrawal is made from the RDSP account, the Federal Government will revoke any and all contributions they made in the previous ten years  If you have contributed $1500 a year for the past 10 years and the Government has contributed $3500 a year and you choose to make even a small withdrawal, the Government would revoke $35,000 (ten years multiplied by the annual grant of $3,500)! This rule is about to change.  Once the Federal budget is passed, instead of revoking everything they contributed in the 10 years leading up to the withdrawal, the Government will revoke three dollars for every one dollar you withdraw (but no more than the total of all the grant and bond contributions made in the 10 year period).

Here is an example:

$35,000 is a serious penalty, but how does that compare to an RESP? After the withdrawal of $20,000 and the $35,000 penalty, approximately $86,000 remains in the RDSP, which is approximately $20,000 more that what would remain in an RESP that earned the maximum grants and the same annual rate of return and after a similar withdrawal.

A few other considerations.  First, the money from an RDSP can be used for anything, while proceeds of an RESP must be used for education.  If you are not sure if your child will go to post-secondary school, the RDSP might be preferable.  Also, maximizing the RDSP grant requires less money on an annual basis that is required to maximize the RESP grants. Finally, the younger your child is when you start saving, the more it may make sense to go with the RDSP.

If you can’t take advantage of both the RDSP and the RESP, I strongly urge you to consult with a financial specialist who can help you make this decision based on your own circumstances.

*2012 income thresholds.  Thresholds increase each year in accordance with inflation.

Previous Post: Life Insurance for Parents of a Child with a Disability