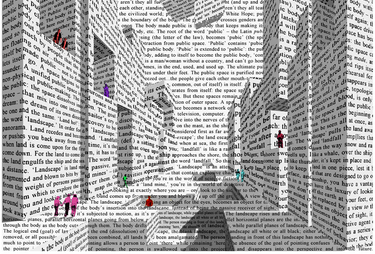 When the government introduced the Registered Disability Savings Plan in 2008, many families were surprised they couldn’t open an account for their adult son or daughter if they had a developmental disability.  Why?  Because many adults with developmental disabilities do not have the “contractual capacity” to open one up.

The other option was to secure guardianship which required applying to the courts.  An application for guardianship is costly and time consuming.  Securing guardianship just so a parent could open an RDSP for their child was overkill.  It was too costly, too time consuming and arguably an infringement on the rights of the child.

A few years ago, the Federal government made some changes which allowed parents to open an RDSP account for an adult son or daughter who is not contractually capable to open it themselves.  However, this provision is in place until January of 2016, only.  The expectation is that the provinces put in place a permanent solution.

Allowing parents to open and manage an RDSP account was a step in the right direction, but it wasn’t much help for a person without contractual capacity and no parents.  Siblings, grandparents, other relatives or friends were still barred from becoming RDSP account holders.

The Law Commission of Ontario recently published a 92 page report, “Capacity and Legal Representation for the Federal RDSP.”  The report’s purpose is to recommend a “…streamlined process [for Ontario] to appoint a legal representative for adults who are eligible for an RDSP but who are unable to establish a plan due to concerns about their legal capacity.”

As the threshold for naming a representative is lowered, the report recognizes the increased opportunities for abuse.  To safeguard against abuse, legal representatives would be able to open and manage the RDSP account, only; they would not be allowed to withdraw money from the account, nor would they be allowed to manage money withdrawn from the account.  This solution may be fine while the account is in an accumulation and growth phase which will last as much as 30 years or even more for many accounts; however, major issues will surface when withdrawals are made unless the RDSP beneficiary is able to manage those withdrawals on their own.

If the beneficiary of an RDSP does not have the contractual capacity to open an account, how likely is it that they will be able to manage withdrawals from those accounts?  In my view, many will not be able manage withdrawals.  Families may be right back where they started.  They may have to seek guardianship to manage all aspects of the account, including withdrawals.

There will also be people eligible for the RDSP who will not even meet the threshold to name a legal representative.  The report discusses a “novel” proposal where an individual could nominate themselves as a person’s legal representative where a professional, such as a doctor or a lawyer who has known both the applicant and the RDSP beneficiary for a specified amount of time and attests to the relationship as one of characterized by trust.  The report stated such a proposal requires additional research.

The process of naming a legal representative to open and manage an RDSP on behalf of a person who is not able to do so for themselves is a step in the right direction, but the report admittedly points out that it will not address all the issues that bar many from securing an RDSP account.

Insisting people have contractual capacity to sign a contract is intended to safeguard against abuse, but in this case it is a double-edged sword.  It does help prevent the opening of RDSP accounts where inappropriate, but it also prevents many from accessing this extremely important benefit.  How the provincial governments navigate these waters will be watched by many.