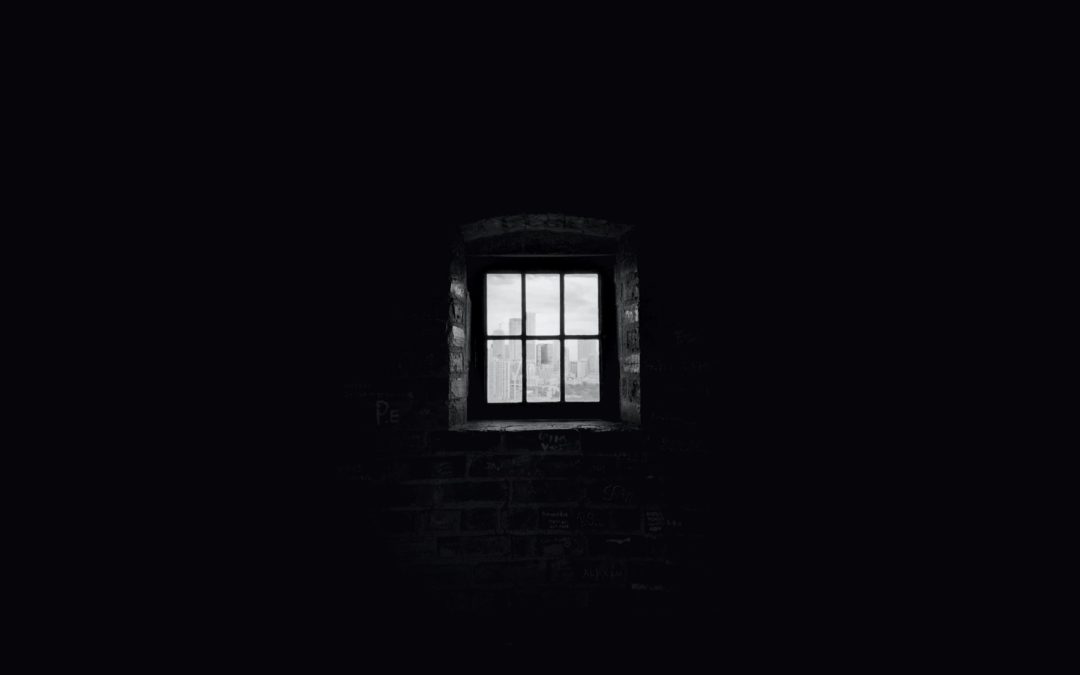 People with disabilities in Ontario feel they are getting the short end of the financial stick during the Covid-19 crisis. I can’t say I disagree with them.

Hundreds of thousands of Ontarians with disabilities receive social assistance from the Ontario Disability Support Program (ODSP). A single person with no dependents receives a total of $1,169 per month to cover all their living expenses. Imagine trying to live on less than $1,200 per month in a city like Toronto or any town or city.

When Mike Harris became the Premier of Ontario in the summer of 1995, social assistance for people with disabilities put them just above the poverty line. While his government did not reduce those rates, they were never increased enough to keep pace with inflation since then. Both the Conservative and Liberal governments have let supports lag over the past 25 years.

Today, ODSP income support puts people at 30% to 40% below the poverty line. For years, we have been leaving hundreds of thousands of people to live in an increasingly precarious state of financial instability.

Now we are dealing with the pandemic that has shut down the economy and sent us into self-isolation. People have lost their jobs, been laid off, and business owners worry if they will survive. Understandably, government has stepped in with financial supports. People who have earned more than $5,000 in income are eligible for the Canadian Emergency Response Benefit (CERB), providing them with $2,000 a month, whether you qualify for EI or not.

For people on ODSP, watching others receive $2,000 a month from the federal government is a bitter pill to swallow. A client of mine who has a son with a disability wrote the following:

“The pandemic will result in many tragedies but it will present with many opportunities to change the world, too. That we have deemed it appropriate to have persons like Isaiah “live” off a maximum of $1,100 per month and then immediately slap a basic $2,000/month income on persons not like Isaiah isn’t lost on me. That the world has, in no way, been built for him is not an abstract – it is a hard lived truth each day. “

Setting the emergency benefit at $2,000 a month is an indicator of what government believes is required to survive when you don’t have any income coming in the door.  And yet, year after year, people on ODSP have been living on much less and have not seen a meaningful increase. It is not for lack of trying. Advocacy groups have been vocal on this issue.

“For people on ODSP, watching others receive $2,000 a month from the federal government is a bitter pill to swallow.”

Most people on ODSP do not qualify for the CERB. They can access a one-time emergency benefit of $100 for individuals or $200 for families, but they must contact their caseworker to request it. Caseworkers are difficult to reach at the best of times. One recipient posted on social media that her caseworker said she didn’t qualify for the benefit.

A one-time amount of $100 or $200 does not cut it. The need to self-isolate increases needs and costs. Getting to the grocery store is not an option for many on ODSP now. Transportation is disrupted and more costly. Those with compromised immune systems can’t risk the trip. This leaves grocery delivery services which they can ill afford.

Of the over 900,000 people on social assistance, an estimated 75,000 qualify for CERB because they earned more than $5,000 in 2019 or over the past 12 months. ODSP benefits are clawed back by income from employment, but only partially. Your ODSP benefits are lower, but you have more in your pocket, overall, if you work. The first $200 you earn in a month does not reduce your ODSP benefits. Each additional dollar earned, reduces your ODSP by 50 cents.

*ODSP provides a $100 per month benefit, if working.

Even with the clawback, employment income plus ODSP leaves more money in your pocket, overall.

Read:Who is Eligible for ODSP?

The CERB helps to cushion the impact of job losses, but people on ODSP could not assume their ODSP benefits would be clawed back only on a partial basis if they received CERB money. Not everything is treated in the same way as employment income. For example, if you receive CPP-Disability benefits, your ODSP is reduced by the full amount you get from CPP-D. The fear was, if CERB resulted in a dollar-for-dollar clawback, people would lose their ODSP, including the important health benefits and drug coverage it provides.

For weeks, people were left in the lurch, waiting to hear from the Ontario government.  When questioned, the Ford government said the issue was under review. Not knowing how the federal money would be treated, compounded people’s stress, especially for those who had already received CERB payments.

Instead of receiving an additional $2,000 free and clear as the federal government suggested, recipients would see their ODSP clawed back by $900. Those who see their social assistance payments clawed back to zero would continue to receive the program’s health benefits.

The clawback saves the Ontario government an estimated $30 million each month. The government said this money would be used to support people on social assistance. They did not provide any further details about what these supports might be.

Some people on ODSP will fair better than when they were working, but others will end up with much less in their pockets. A single person previously earning $1,500 a month from a job would have had $2,119 from employment and ODSP, combined. If they lost their job because of the pandemic, CERB plus ODSP would pay them $2,269 per month. But many won’t do so well.

A married couple with a child, where the husband has a disability and the wife was earning $3,500 a month at her job, would have had a family income of $3,665 per month from her wages plus ODSP. If she has now lost her job and receives the CERB, their family income drops by $700 or 20%. When an emergency find to fall back on is a pipe dream, a 20% loss in income could have devastating effects.

Some would say, “this is the same for everyone. After losing their job, everyone’s income is less with CERB.” But, does fairness mean everyone should receive the same treatment?

Narrowly focusing the issue down to a mathematical equation applied to everyone might seem fair, but it assumes a level playing field existed before that. Under normal conditions, those on ODSP live financially precarious lives. One unexpected expense can potentially threaten their housing situation, unraveling any progress they’ve achieved. They live close to the financial edge, trying to navigate complex government programs that more often focus on eligibility and enforcement than support and accommodation. And this is all while they try to navigate mainstream society with a disability.

Preventative measures often cost less than reactive ones. If we don’t provide people on social assistance with enough to remain at home, their risk of contracting the virus increases, which means the risks increase for everyone. It also means they end up in the healthcare system where the costs are far greater, not to mention the added pressure on the healthcare system.

The amount of support ODSP provides is like throwing a life preserver to a drowning person but not pulling them to shore. It might be enough to help people tread water, but not enough to get to shore where they might be able to stand on their own and shed the life preserver for somebody else to use.

“If we don’t provide people on social assistance with enough to remain at home, their risk of contracting the virus increases, which means the risks increase for everyone.”

Far too many people are forced to choose between paying the rent and having enough to eat. Survival mode is their daily existence. If you don’t have enough to cover the most basic of expenses, how can you be expected to find a job? How will employers reach you if you can’t afford a phone? How can you get to an interview, if you don’t have money for transportation? So we just keep throwing out more life preservers, wondering why the number of people on social assistance continues to increase.

Read:ODSP – It Shouldn’t Be So Complicated

Business analogies tend to reduce human issues down to dollars and cents, but I will risk it for those who say, “Where in the world do you think this money will come from?”

Even great business ideas are bound to fail without investing a sufficient amount of money. Invest just enough to get the business up and running, but not really firing on all cylinders, good chance it won’t generate enough revenue to cover all its expenses. Either you shut down the business (or it eventually fails), keep it on life support by feeding it cash, or decide to truly give it what it needs to eventually stand on its own financial feet. Unless you are prepared to invest what is needed to take the business to the next level, you will continue to bleed cash. Attempt to reduce or eliminate any further cash infusions, deciding you will have to do more with less, and you risk hamstringing business operations even further. Or you just shut down the business to stop the bleeding.

Investing in people with disabilities is similar in some respects. The number of people on ODSP has been increasing so the costs born by the public purse have continued to increase. Efforts to reduce the number of people on ODSP by tightening eligibility criteria or restricting the amount of support for those who do qualify, could save the program money, at least for the short-term. Cost cutting is a ham-fisted way of saving money because it creates unintended consequences. Fewer people get the support they need, trapping them in a cycle of poverty where the risk of ending up in the much more costly justice system (i.e. prison) or the healthcare system increases.

Investing in people with disabilities is not a business…at least not in the traditional sense. We can’t simply abandon them because of cost. Tightening the screws on funding and support won’t save us money either. Investing more to help people break the cycle of poverty and shed the need for government support deserves more attention, but we need to believe people with disabilities (and others on social assistance) want to work and have the ability to do so.

Disability does not mean you can’t work, but landing a job is an entirely different matter. Before anyone can look for work in earnest, their basic needs must first be met. People need shelter, food, clothing, a phone, internet, and enough money for transportation before they can effectively look for a job.  Without those basics, securing employment, particularly in a highly competitive market, is incredibly difficult.  Increasing support will cost more up front, but it would offer people a real chance to stand on their own, and reduce the demands on the public purse.

Maybe it is time we do more than just toss life preservers and pull people to shore.

Photo by Eduardo Vázquez on Unsplash