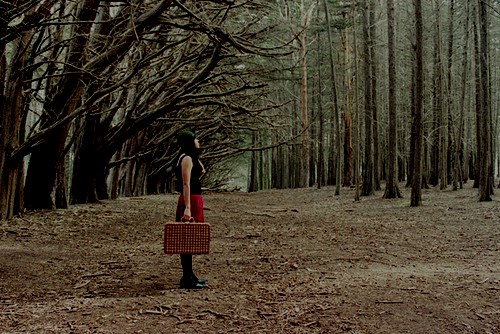 A Journey: Middle Class to ODSP

The following was written by a woman in her 50s who is currently receiving Ontario Disability Support Plan benefits.

I was a middle-class liberal with a devout belief in the social safety net given to us in Canada. I supported foster kids overseas and other worthy causes. I worked hard, made a good middle-class income, and paid my taxes. But when it came to the marginalized in my community, there was a divide. Social assistance was something I contributed to through my taxes, it was meant for others less fortunate. Those poor wretches who live on the street were not part of my world. Never, in my wildest dreams, would I have thought that I would ever end up on any sort of social assistance.

What happened to me was simple enough. I fell in love, got married, had four children, and got completely wiped out in a divorce. And I learned two painful lessons during this divorce. First, when Revenue Canada is going after your former husband for business taxes he owes them, Revenue Canada does not care who lives in the house. Mother Theresa can be living in your house. All those speeches you hear from politicians about putting Canadian families first means absolutely nothing when your family owes taxes to the CRA. Not only did I lose all the money I had invested in the house, but my children and I were forced to leave it so that it could be sold to pay the taxes.

The second lesson was almost as painful. Legal aid is available to lower income families who would otherwise be unable to access legal assistance. And how do the laws define lower income families? Lower income families are defined by the family’s previous year’s income. My husband had made a good income before he absconded to another continent, but what I had were debts and collection services. My oldest child was ten years old and the youngest almost two . But we were too affluent for legal aid. The lawyer advised me to apply for welfare.

With many bumps in the road, we survived. We moved to a neighbourhood that was not so nice. I got a series of jobs that I could work around school hours so that I could be home with the kids. Our family life was not so different from other families headed by a single mother – there were no vacations or summer camps, but there were lots of friends in and out of our home.  And then came the day when my 16 year old son did something to offend the local gang. In his infinite stupidity, he insulted a gang member who was sitting on a balcony that overlooked our house. That was the end.

They broke into our house and they trashed my son’s room. And they kept coming back. From that balcony, these guys could watch us coming and going. They terrorized my son and the rest of his family. At one point he came home to find a dead bird on his bed. They destroyed our bikes and stole our BBQ. I was constantly at the police station filing complaints. The police knew these guys but said they could not make an arrest without proof it was them. After three months of this, my son was living with friends and I had had enough. We were getting out of this neighbourhood and others like it. I was not needed at home as I was when my kids were little and I was going back to an executive position. I accepted a job in Western Canada and packed up the house.

Nobody was happy. My kids hated me for this. There was lots of slamming of doors and tearful calls to friends back home. By the time my kids started school, the older two had taken up with people who made me uneasy. They fought constantly with one another. I came home from work to smell pot smoke in the garage. My youngest child had screaming nightmares. Then I began to get calls from the schools. In spite of driving them there every morning, the older two didn’t appear to be attending classes. My son began to disappear for days at a time. My daughter would sneak out of the house when we were asleep. Counselors became involved. I was exhausted. The second year was worse.

I was on anti-depressants but they were not helping. I became more and more exhausted. And then the day came when I couldn’t get out of bed. I was physically unable to move. What’s more, I didn’t care. I didn’t go to work that day or the day after. I took a sick leave. I couldn’t cope and I couldn’t make myself care. The Children’s Aid started visiting us. They called the father, who was now back in the country and remarried. They shamed him into taking the kids for enough time that I could recover. My kids revolted. Two daughters ran away together. When we finally found them, we put them on a plane to their father’s. It was two years before one of my daughters would speak to me again.

I resigned from my job and packed up the house. Three months later, I declared bankruptcy. And then I went into a fog of depression for five long years.

I have now crossed that divide.  I understand how middle-class liberals like me can end up on the street. I applied for ODSP as a last resort like so many other Canadians have done.

You hear the stories and this is mine.

Next Post: RDSP: When the Gov Contributions Don’t Come